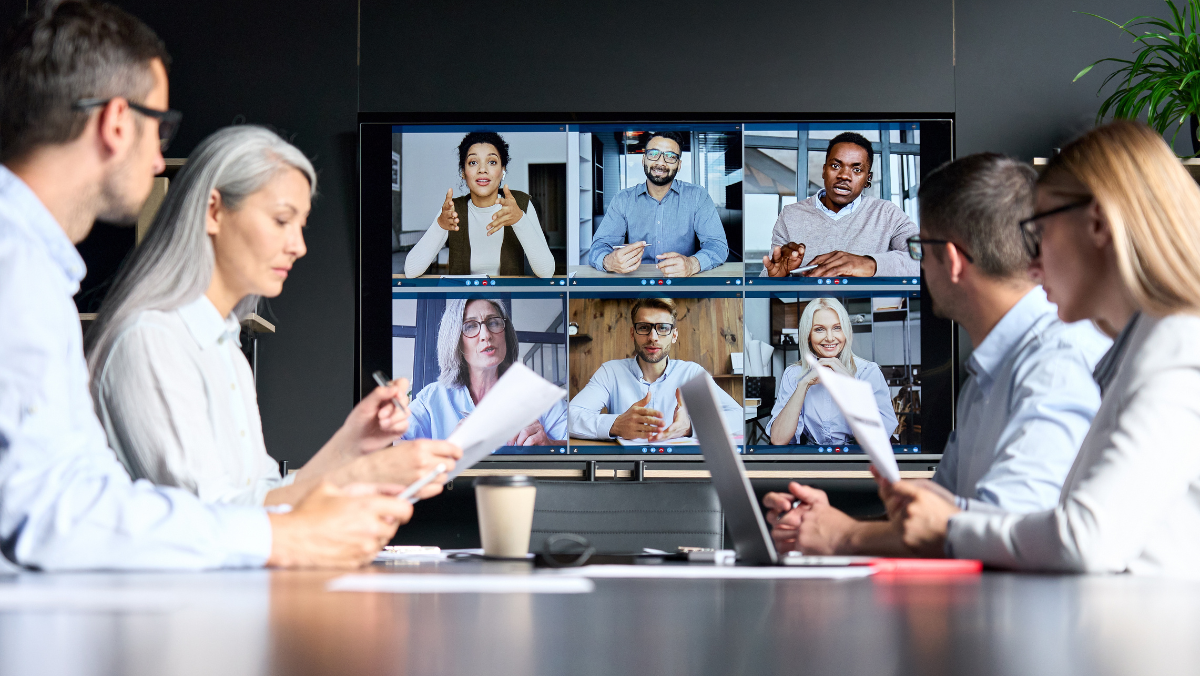 Overseas investments. Mergers and acquisitions. Even ordering a t-shirt from abroad – all are examples of cross-border trade. Meaning cross-border contracts underpin them all.

An emerging, ever-evolving area of law, cross-border contracts offer an exciting entryway into a career with a global scope.

To find out more, we sat down with Arvinder Sambei –Lecturer in the College's Negotiating and Drafting Cross-border Contracts subject of the ASEAN+6 Legal Practice Masters and experienced barrister – to explore the state of cross-border contracts. And answer the big questions.

How, for instance, is the pandemic changing how cross-border contracts are drawn up and enforced? What are the field’s biggest threats? What skills and mentality do junior and intermediate lawyers entering the field need – and how can you start building them today?

It was 2020, and the COVID-19 outbreak had the wider world writhing in its grip. For the field of cross-border contracts, though, it was business as usual.

During the pandemic, things changed. But business didn’t stop. The world relies on international trade and commerce, so – while things may, at times, have stalled a little during the last couple of years, cross-border contract activity still continued.

Like all industries, though, the field was forced to adapt. Virtual platforms became the norm; email and Zoom exchanges deposed in-person negotiations.

But cross-border contracts had their own, quite unique, challenges too.

With COVID-19, a lot of businesses – a lot of sectors – were badly affected. Now, there’s a greater emphasis and reliance on force majeure clauses and frustration (common law doctrine): which allow a party, under certain trigger events, to terminate a contract.

When it comes to force majeure clauses, the approach between civil law and common law systems varies.

There’s also such a wide variation in the COVID-19 response by country. Meaning successful cross-border contract lawyers must learn how to reconcile these differences.

“A lot of courts and tribunals closed down,” Arvinder explains. “There was a shift to – and greater reliance on – virtual hearings, which raised its own questions. How would they be managed?

How would contracts going forward reflect these? Would they allow for virtual dispute resolution?

“These are some of the areas that lawyers coming into cross-border contracts need to start thinking about.”

2. Do your due diligence: and beware of the ‘honeymoon’ phase

The biggest threat to cross-border contracts now, and going forward? Due diligence.

The relationship between two new cross-border business partners is analogous to the early stages of a romantic relationship.

“It’s like any courtship,” Arvinder posits. “When people start, it’s all very rose-tinted; there’s a sense that everything’s going to be ‘hunky dory’. There’s enthusiasm; optimism; a rush to enter into a contract to formalise the arrangement.”

Often, commercial interests want to push these partnerships through at pace. No one imagines it ending in a dispute.

But eventually, disputes may occur. And when they do – after the tide of that ‘honeymoon’ phase recedes – it’s vital that the contract meets the right regulatory requirements.

That makes proper due diligence crucial. Meaning you need to take a step back and make sure you know who you’re dealing with. If you don’t, you’re likely to face problems: not only with regulators, but further down the line if things go wrong.

3. Think beyond borders: and adopt an international perspective

Cross-border contract practice is laced with intrinsic tensions. Between a lawyer’s responsibilities and a business’s interests; between the demands of domestic law and the potential of international trade.

As an effective cross-border contracts lawyer, you’ll need to juggle a range of expectations and conflicting requirements. To look beyond the limitations of your own jurisdiction: and embrace a uniquely international perspective.

“We’re all brought up in our own countries,” Arvinder explains, “and taught our own domestic laws. We see the world through our own lens: from our own little corner of it. ‘My laws told me this,’ we think – ‘why should I know about anybody else’s?’”

Sharia law, for instance, may govern cross-border transactions with Middle Eastern states. While cultures, codes, creeds, and communication styles – both verbal and non-verbal – differ from one country to the next.

So be mindful – because you have to understand these things. Look at your partners, where they’re working; what laws govern their day-to-day running. And look into it even before you enter the field via study or practice.

As a lawyer entering the field of cross-border contracts, you’ll also need to be aware of the differences between common law – which Australia, New Zealand, the UK, Canada, and the US (by and large) all practise – and the civil law systems in European and some ASEAN countries.

Any junior to intermediate lawyer coming into cross-border contracts needs to appreciate that these bodies of law take fundamentally different approaches.

That although, internationally, there’s been a big push towards harmonisation – to bring the differences between common and civil law to a happy and harmonious approach– it doesn’t always work in practice.

4. Draft simply and precisely: because the devil’s in the detail

Asked to describe, in a sentence, the core skillset of a good cross-border lawyer, Arvinder needs just three words.

“Attention to detail. Without it, contracts go wrong!

“But also, learn how to draft simply, concisely and precisely. Practise articulating your ideas (or, more importantly, those of your client) with clarity. And, vitally, ensure the contracts you’re creating are enforceable.”

Amid the pressure and pace of commercial interests – and the loving gazes of businesses still revelling in that ‘honeymoon’ phase – it’s all too easy to rush things. To brush over a cross-border contract’s finer points; to cut corners; to be careless with clauses.

In the cross-border contract field, there’s a tendency to do a lot of copy/paste – and get it wrong. Especially when you’re drafting from pre-existing boilerplate templates. But while this saves time, it can have drastic consequences on a contract’s effectiveness and enforceability in the long run.

Clarity, concision and care – all are crucial.

The ultimate tip for cross-border contract law success, though? Curiosity.

So start reading into all the international initiatives looking to harmonise contract law. Hunt down blogs about dispute resolution. Better still, read cases. Judges are very good at setting out what the issues and solutions are, and helping you identify and work through them.

To recap, our top tips for thriving in cross-border trade are:

Want to build a career in cross-border trade? With our negotiating and drafting cross-border contracts subject of the ASEAN+6 Legal Practice Masters, you’ll gain the skills to draft effective contracts – and adopt a truly international perspective.