Overturning roe v wade can it happen here
< Back 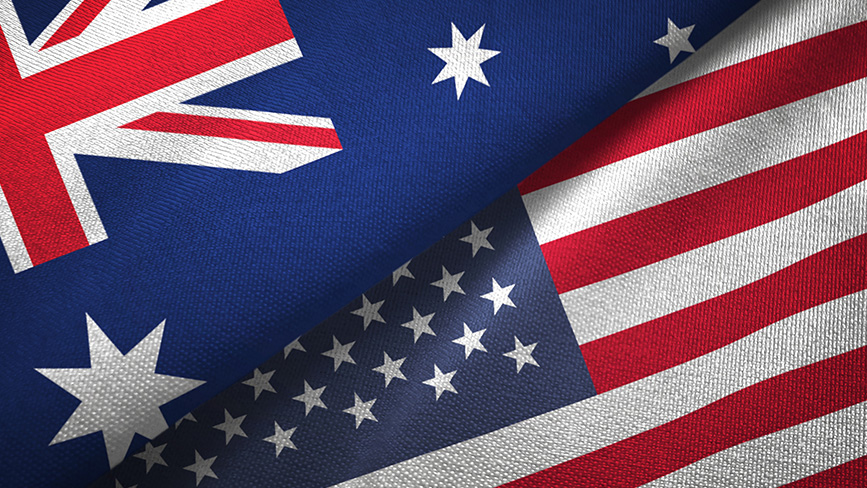 It’s been a landmark few weeks for the U.S. Supreme Court, and you would need to be living in a cave to miss the headlines - and protests - that have swept not only the nation, but the world. Firstly, on 23 June 2022, the U.S. Supreme Court struck down a New York law which imposed limits on carrying a handgun in public. More recently, Dobbs v. Jackson Women’s Health Organization overturned Roe v. Wade, stripping women of a constitutionally-guaranteed right to abortion, returning the power to decide such issues to individual states. Fresh off the proverbial press is a recent ruling requiring a public school to allow prayer at public school events.

Whatever your perspective, these decisions have prompted many to question how the U.S. Supreme Court holds such power? What is the nature of their power? Why does the composition of the court matter so much? Can this happen in Australia?

(Not) unlimited power: How our highest courts keep executive power in check

As any fan of Hamilton (or any law graduate familiar with Constitutional Law) will know, the United States effectively pioneered modern democracy as we know it. By ousting Mad King George, the founding fathers established a democratic system rooted in the rule of law and the separation of powers.

The rule of law simply means that everyone is subject to the law, from your highest official to your lowliest peasant. It’s a bulwark against corruption and nepotism. In other words, it ensures fairness.

The separation of powers helps make the rule of law happen. Essentially, it divides law-making power between the Parliament, Executive and Judiciary. The Parliament, composed of elected officials, makes laws, and should therefore make laws reflecting the views of their voters. The Executive makes these laws happen; they’re like the hands of the government, and cover every aspect of public service, from police and army to ministerial staff.

The Judiciary intervenes when it’s unclear whether an action was legal or illegal. In effect, they interpret the law.

However, if you’ve ever seen a film with dodgy subtitles, you’ll know there’s power in interpretation.

This is particularly true for the highest courts in our respective countries, the U.S. Supreme Court and the High Court of Australia. Our highest courts play an unusual role, as their power comes from the same place the Parliament’s law-making derives - the Constitution.

In short, they are the only courts that can decide if a law is unconstitutional - against the wording or intentions of the Constitution - or interpret an implied right from the constitution. This is arguably a form of law-making power, and blurs the lines between the Judiciary and the Parliament. Roe v. Wade was made based on an implied right to privacy.

Why do U.S. Supreme Court decisions matter so much?

The unique role our highest courts hold - the power to interpret the Constitution - mean they effectively decide what law is valid or invalid. Landmark U.S. Supreme Court decisions like Roe v Wade, Brown v Board of Education, and Obergefell v Hodges have national application, and just as crucially, tend not to be followed by codified Federal law.

Can this happen in Australia?

Arguably yes, but in practice, we haven’t seen this.

Take Mabo v. Queensland (No. 2) (1992) 175 CLR 1. As we know, this abolished the legal fiction of ‘Terra Nullius’, that Australia was empty prior to British colonisation. Decided in 1992, it led to codification in the Native Title Act (1993), which established a formal framework to recognise native title land claims. While many would argue we are still far from Closing the Gap on many metrics (from incarceration to living standards), what Mabo set in motion was a progressive recognition of Australia’s indigenous peoples, a national apology, and debate over whether we should consider our country ‘invaded’ or ‘colonised.’ Whatever your view or conclusion, the conversation, and the value which define this conversation, have changed.

Unlike the U.S., Australia tends to see less pushback by individual states to High Court decisions. Indeed, the respect the High Court enjoys might be best seen in its remedy of ‘Declaration’ - a non-binding judgement in which the High Court merely declares a law or decision to be invalidly made. Though a government could choose to ignore such a ruling, in practice, we’ve seen High Court declarations result in governments revising their policies entirely, which is what we saw following the Gillard government’s Malaysia Solution.

U.S. Supreme Court judges and the creep of ‘originalism’

In an ideal world, all judges would exercise perfect, objective judgement free from personal belief or bias. Our respective common law systems assume judges are able to do so. While Supreme Court and High Court judges are appointed by the Executive, appointments in the U.S. have become increasingly politicised, blurring the separation of powers between the President and the United States Senate, and the Judiciary.

In recent years, ‘originalism’ has taken hold, and is an approach shared by up to five U.S. Supreme Court judges. Originalism is a judicial theory which asserts that the Constitution should be interpreted in line with the framers’ thinking. In other words, you should use contemporary sources of Alexander Hamilton, James Madison, and their fellow iconic founding fathers, to make today’s decisions in line with whatever they intended at the time.

It’s an approach which purports to provide judicial restraint and impartiality, but by its very nature, cannot account for new facts the founding fathers would never have known. Facts like, for example, the firing power of automatic weapons versus single round muskets and flintlock pistols. Or the statistically proven fact that women with better abortion access and choice over when they have children tend to complete higher levels of education, earn more, and enjoy higher living standards.

Where does this leave us?

Despite this, it’s important to note that Australian courts are not immune to politicisation.

We’ve simply enjoyed a better mutual relationship between our government and our courts. The best example of this is our implied right to freedom of political communication - rather than conferring a direct right to free speech on us, as a people, it acts as a restraint on the government from restricting our free speech. Unlike the U.S., we don’t enjoy a direct right of free speech guaranteed by a Bill of Rights which technically sits ‘above’ the Constitution; and we don’t need to. The government respects the High Court’s ruling that we enjoy a constitutionally implied freedom of political communication as part of our system of representative and responsible government, which the Constitution created.